Step 3:  Patch all the holes that shouldn't be there, like where the gas tank was and where the heater core went through the firewall.  I'll be installing a space heater, modifying it with a 12VDC fan, the heater coils will run off DC - the big battery. 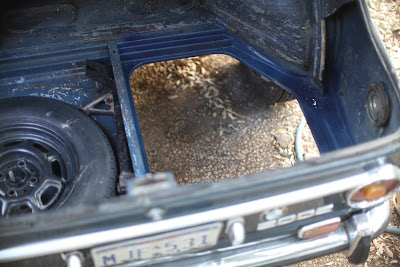 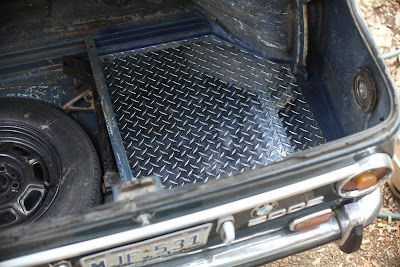 Posted by chrisdarilek at 5:06 PM No comments:

where the engine was

There's a big hole where the engine was.  The condenser is from the PO who was installing AC. 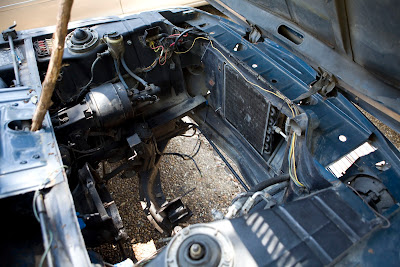 Posted by chrisdarilek at 6:59 AM No comments:

Step 1:  Wash car and take pictures before it dries. 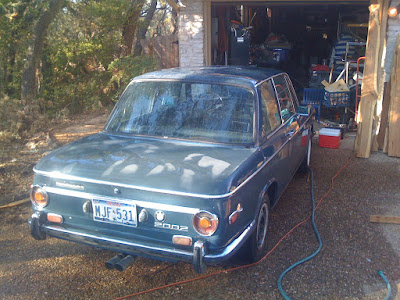 Step 2:  Remove gas 'stuff', this all came out on a Sunday

I drove the car on gas-power for about half a year.  It didn't come with seats so I temporarily transplanted the ones from my '99 Accord into it.  They worked (including rigged up electronic adjustment), but were not ideal.  The car was awesome but smelly.  The emission controls had long been removed and I think the gas tank ventilation system was broke - it always smelled like gas.  And smellin' like raw gas.  But I worked the brakes out and replaced a bent rim, so not to have to mess with later. 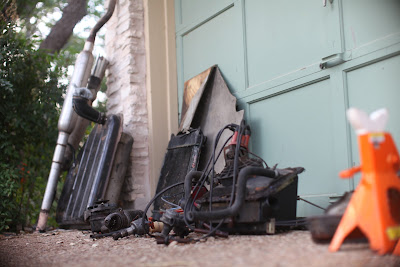 Posted by chrisdarilek at 6:57 AM 2 comments: